TORONTO, Feb. 22, 2017 /CBC/ The coming-of-age of a 60-year-old Chinese-Canadian woman whose husband is having an affair, a story of survival on frigid Lake Superior and a unique ghost story are all set to be put to film, in part, due to funding from a new CBC initiative.

“When you have a lead character who is not a 20-something, non-person of colour, it’s really hard to fund a film,” said filmmaker Mina Shum. “We just traditionally in the marketplace underrepresent certain groups.”

It’s that lack of attention that the Breaking Barriers Film Fund is trying to help overcome.

On Wednesday, Meditation Park, written by Shum, Angelique’s Isle, written by Michelle Derosier, and Octavio Is Dead! written by Sook-Yin Lee were announced as the inaugural projects to receive financing through the fund.

The CBC announced the initiative in November 2016 as a way to help level the playing field so that underrepresented creators, such as women, Indigenous people, persons with disabilities and other visible minorities have access to financing. 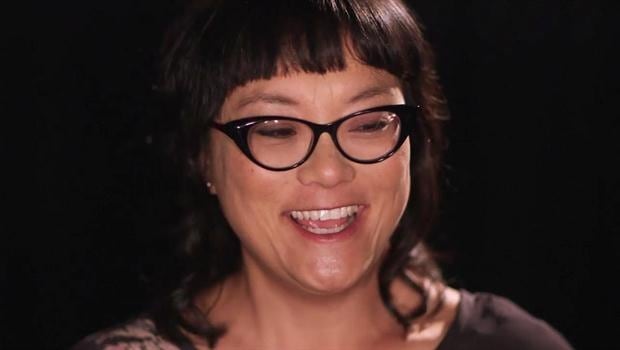 Shum’s project stars Chinese icon Cheng Pei Pei in a bittersweet comedy about a 60-year-old woman in East Vancouver whose life is changed after she discovers evidence of her husband having an affair.

“She spends her whole life taking care of her kids, her English is shaky … the plight of many isolated immigrant women, and because of something that happened, she actually is forced to venture into the outside world.”

‘To receive funding has been very, very difficult’

Having money available for artists working outside mainstream film channels can only help increase the diversity of stories that get told, said Michelle Derosier, a filmmaker based in Thunder Bay, Ont., and originally from Migisi Sahgaigan (Eagle Lake First Nation) in northern Ontario.

“To receive funding has been very, very difficult for women,” she said. “Let alone an Indigenous woman from a small northern Ontario community.”

Derosier’s film, Angelique’s Isle, is based on a true story of an Indigenous woman who was abandoned along with her husband on Isle Royale on Lake Superior in 1845 by American copper hunters. 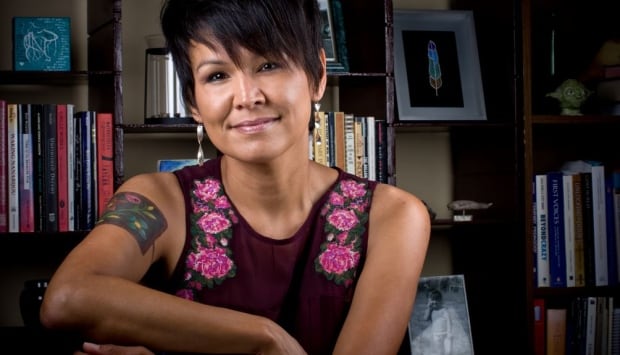 “It’s a survival story I suppose at its essence,” she said. “But it’s also about, I think, finding yourself.”

The third project, Octavio Is Dead! by Sook-Yin Lee, is described as a “mysterious, sensual ghost story,” about a young woman escaping her domineering mother; the story touches on themes of sexual identity, the occult and the power of reality versus imagination.

Among other criteria, each prospective project must be a fictional English-language feature film from a creator who has had at least one feature film at a recognized festival.

The CBC’s commitment will see the national broadcaster invest at least $7.5 million into the Breaking Barriers Film Fund over the next three years.

“The first three films selected for the CBC Breaking Barriers Film Fund underscore our commitment to supporting underrepresented creators who reflect the full range of voices throughout Canada,” Helen Du Toit, the fund’s interim senior director was quoted as saying in a written release issued Wednesday.

All three films are also supported by Telefilm Canada.

Full details about the Breaking Barriers Film Fund can be found on the website: www.cbc.ca/breakingbarriers.

Billed as a mysterious, sensual ghost story, the film stars Gadon as a reserved young woman called Tyler, who escapes her overbearing mother, played by Rosanna Arquette, and enters the rich and strange world of her deceased father, Octavio (Trujillo).

The feature is produced by Jennifer Weiss, Simone Urdl and Jamie Manning of The Film Farm with the participation of Telefilm Canada, CBC, and the Ontario Media Development Corporation.

“Octavio” will shoot in and around Toronto between Jan. 22 and Feb. 13. Written and directed by Lee, the film is produced by the Film Farm’s Jennifer Weiss, Simone Urdl and Jamie Manning.

Gadon is also acting as an exec producer on the project. She portrays the daughter of her overbearing mother (Arquette) and enters the rich and strange world of her deceased father (played by Trujillo) — a man she never knew. Sexual identity, the occult, and the power of will versus imagination confront her on the journey. Dimitris Kitsos also stars as Octavio’s student Apostolis.

The film is produced with the participation of Telefilm Canada and the Ontario Media Development Corporation. It’s represented internationally by sales agent WTFilms.

Gadon will be seen in the title role of the Netflix-CBC production “Alias Grace,” based on the Margaret Atwood novel and in “The Death and Life of John F. Donovan” directed by Xavier Dolan.

Arquette’s recent credits include “Ray Donovan” and “Girls.” Kitsos starred in “Park,” which screened at the Sundance and Toronto International festivals.

Sook-Yin Lee starred in “Shortbus,” which premiered at the Cannes Film Festival and earned her the best supporting actress award from the International Cinephile Society. She made her directorial debut in “Year of the Carnivore,” starring Cristin Milioti, Ali Liebert and Sheila McCarthy.

Gadon is repped by WME and by Dani De Leo at Creative Drive Artists.

MONTREAL, Feb. 4, 2016 /CNW/ – Telefilm Canada is pleased to highlight what will be an outstanding year for Canadian talent at the2016 Berlin International Film Festival, which has programmed 16 Canadian films in various sections, including a record nine feature films. This major festival, an important event on the international film calendar, is an essential springboard for Canadian filmmakers, who have shone brightly at Berlin for many years now. The Berlinale runs from February 11 to 21, 2016.

“The Berlinale is once again putting Canadian cinema in the spotlight, offering Canadian filmmakers an incredible opportunity to get international exposure,” said Carolle Brabant, Executive Director of Telefilm Canada. “Renowned filmmakers, as well as emerging talent, who have gone to Berlin have come back from the Festival better-known than they were before, and gained valuable experience of networking at international festivals. This is why we’ll always be very proud to take part in this important event.”

Director Denis Côté has become a Berlinale regular, with several of his films having screened at the Festival. These include Vic+Flo Saw a Bear (Vic+Flo ont vu un ours), which in 2013, was selected in official competition and won  the Silver Bear Alfred Bauer Prize, awarded to a feature film that opens new perspectives. Côté has a film in official selection at Berlin again this year, Boris without Béatrice (Boris sans Béatrice), which is having its world premiere. The filmmaker attaches great importance to this annual gathering of the world’s film industry, which has welcomed him many times over the years: “I wouldn’t go so far as to say that I’ve found a family at the Berlinale, but I have found a community of kindred spirits, a place that’s always great to come back to, and where risk-taking is not only welcomed but encouraged and celebrated. The Festival isn’t about the ‘flavour of the day’: it’s the first major cinema gathering of the year, where most film professionals converge. It’s where festival-goers can often get a first look at my films.”

Kazik Radwanski, saw his career take off after his first short was selected for Berlin in 2009. “I was only 23 when my film Princess Margaret Blvd. was invited to screen in the Berlinale Shorts competition. Seeing my work presented at that level alongside such incredible films from around the world was life-changing. To come back years later with a feature is incredibly gratifying and humbling. It’s a tremendous honour.”

Chloé Leriche will make her debut at Berlin with her first feature, Before the Streets (Avant les rues). “When I found out that my film had been selected for the Berlinale’s Generation section,” she said, “I remembered that I had made the film for the youth of the Atikamekw First Nation. Like a painter who takes a few steps back to better see the mural they’re working on, this selection allowed me to see the bigger picture, the essential point: the purpose of my film.”

Held alongside the Festival, the Berlinale Co-Production Market and the European Film Market allow Canadian producers to connect with foreign producers, ultimately leading to collaborative intiatives. Luc Déry, a producer at micro_scope, noted how important the Festival is in this regard: “For the kind of films that we produce and like, Berlin is an indispensable stop on the festival circuit. We attend the Festival every year, without fail, whether or not we have a movie in official selection or at the EFM, or a project at the Co-Production Market. Year after year, Berlin gathers together the industry players we want to work with—distributors, producers and sales agents.”

Jennifer Weiss and Simone Urdl, producers at The Film Farm, shared this sentiment: “The Berlin Festival has always played an important role in our business here at The Film Farm. It is an incredible place to screen our films, and to watch films. The Berlinale Co-Production Market is one of the most important markets to meet potential coproduction partners, distributors and financiers. It is absolutely a must-attend market for us. This year, we are honoured to be attending as one of five highlighted international companies in the Market’s Company Matching program.”

The deal was struck at Los Cabos Intl. Film Festival, where “I’m Not a Bad Person” was selected for the second edition of Cabos Discovery, the competitive forum for projects in development, made in or co-produced by Mexico, U.S. or Canada.

Media Darling’s Amy Darling and Welker House’s Nicole Irene Dyck negotiated the partnership on behalf of the filmmakers, with The Film Farm’s co-founders Simone Urdl and Jennifer Weiss signing on to advise and consult through development and production.

Darling and Dyck are set to co-produce “I’m Not a Bad Person” with Josh Huculiak at Vancouver-based Amazing Factory.

The parties first met at Los Cabos last year, where brothers Andrew and Josh Huculiak presented the Latin American premiere of their Norwegian language drama “Violent,” in partnership with Media Darling and Welker House, while The Film Farm accompanied Atom Egoyan’s “The Captive.”

“I’m Not a Bad Person” will portray a small town family man charged with unspeakable crimes that he did, in fact, commit. Pic will shoot in the Canadian wilderness.

Focused on the discovery and development of bold emerging filmmakers, Calgary’s Media Darling is in pre-production on three additional features to be shot over the next two years, the company said in a statement.